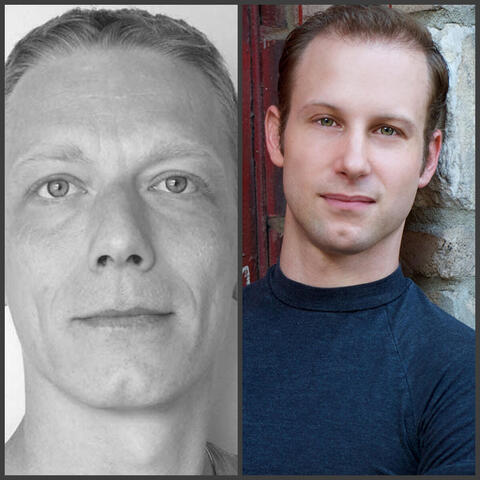 The class size is limited to 16 and open to students formally enrolled at Yale.

To sign up, please email the class coordinator, Lexi Dalrymple.

If you are unable to attend after signing up, please notify class coordinator as soon as possible, so we can give your spot to someone else.

He danced with the Bavarian State Ballet in Munich and then the Staatsoper unter den Linden in Berlin, before joining Miami City Ballet. There he performed as a Soloist under the direction of Edward Villella. He has danced at the Kennedy Center, the Music Center/L.A, New York City Center, the Chicago Auditorium and the famous Theatre du Chatelet in Paris. He performed throughout Europe, China and Russia, performing works by Bejart, Petit, Robbins, Balanchine, Tharp, Forsythe, Neumeier, Taylor, Kilian, Duato, Villella, Bart, Baldwin, Martins, and others.

Since his retirement, he has taught for schools in Japan, Germany, France, Austria and ballet companies throughout the United States and Germany. Mr. Spielberger has choreographed several works for Miami City Ballet and other companies. His ballet “Sanctuary” won the Prix Noveau at the American Ballet Competition. In 2020 he took part in Central Pennsylvania Youth Ballet’s teacher workshop, learning Marcia Dale Weary’s syllabus under Darla Hoover’s direction.

Jeremy Cox started his training at New Haven Ballet at the age of 4. In 1994, was accepted into the School of American Ballet on scholarship where studied for five years. Mr. Cox has been honored to train under esteemed teachers such as Stanley Williams, Richard Rapp, Peter Boal, Jock Soto, Suki Schorer, Susie Pilarre and Katrina Killian.

Mr. Cox has received numerous awards for his dancing in Ballet, Jazz, Contemporary and Tap, including the Presidential Scholarship at the White House and by President Clinton in 1998. In 1999, he received a contract from Edward Villella to join the Miami City Ballet where he traveled up the ranks to Principal Dancer in 2006.

Mr. Cox has had the privilege to perform principal roles by notable choreographers such as George Balanchine, Jerome Robbins, Twyla Tharp, Paul Taylor, Antony Tudor and Mark Morris. In 2010, he left Miami City Ballet to join Twyla Tharp in his Broadway debut as a principal in “Come Fly Away”.  After, he toured Europe and Japan as a guest artist with Miami City Ballet and Twyla Tharp. In 2014, Jeremy began teaching in Connecticut.