Bill T Jones and D-Man in the Waters 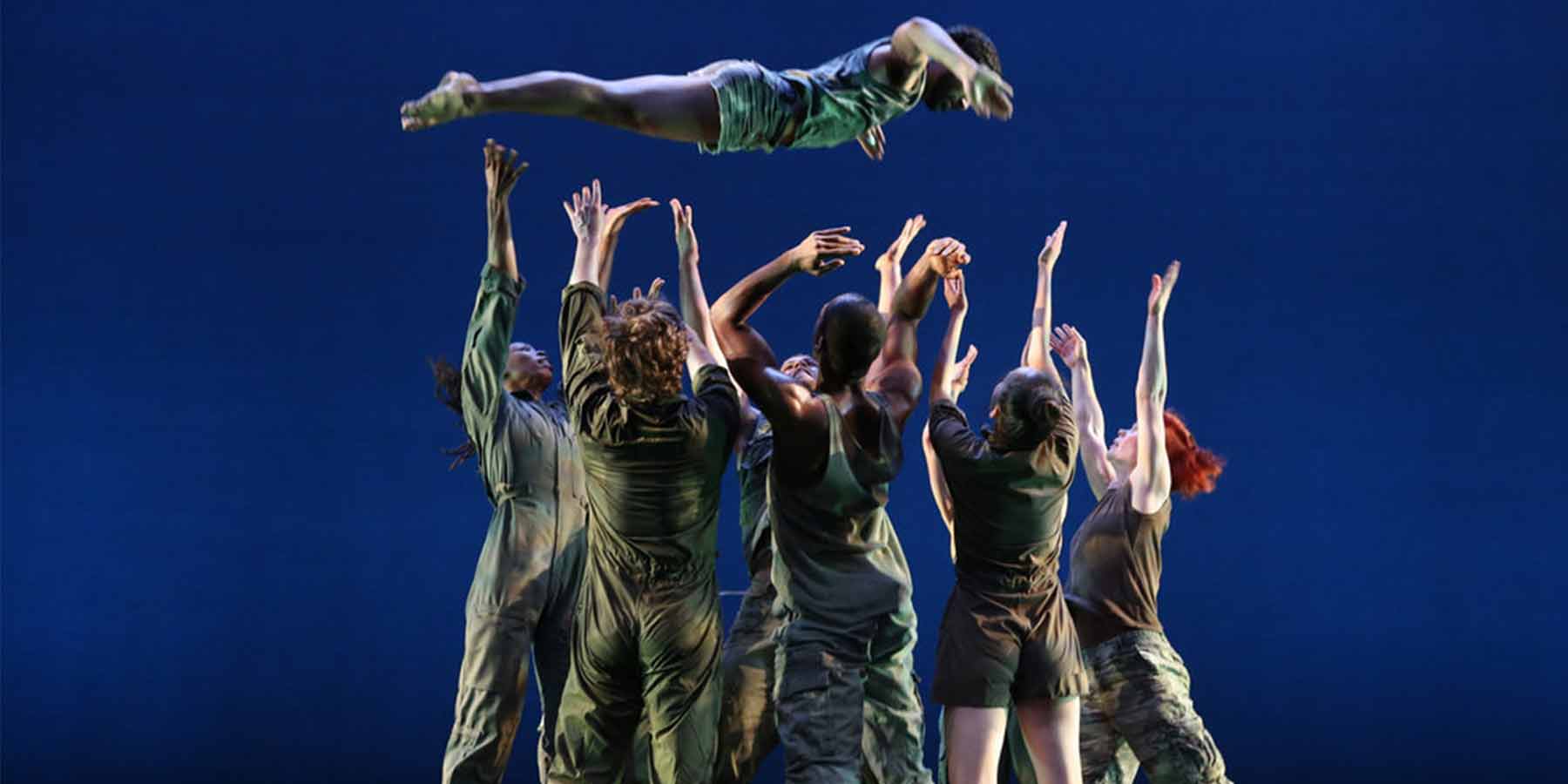 Bill T Jones and D-Man in the Waters

Bill T. Jones, Artistic Director/Co-Founder/Choreographer for the Bill T Jones/Arnie Zane Company, is a multi-talented artist, choreographer, dancer, theater director and writer who has received major honors ranging from the Human Rights Campaign’s 2016 Visibility Award, 2013 National Medal of Arts to a 1994 MacArthur “Genius” Award and Kennedy Center Honors in 2010. Mr. Jones was honored with the 2014 Doris Duke Performing Artist Award, recognized as Officier de l’Ordre des Arts et des Lettres by the French government in 2010, inducted into the American Academy of Arts & Sciences in 2009 and named “An Irreplaceable Dance Treasure” by the Dance Heritage Coalition in 2000. His ventures into Broadway theater resulted in a 2010 Tony Award for Best Choreography in the critically acclaimed FELA!, the new musical co-conceived, co-written, directed and choreographed by Mr. Jones. He also earned a 2007 Tony Award for Best Choreography in Spring Awakening as well as an Obie Award for the show’s 2006 off-Broadway run. His choreography for the off-Broadway production of The Seven earned him a 2006 Lucille Lortel Award.

In 1982, he formed the Bill T. Jones/Arnie Zane Company (then called Bill T. Jones/Arnie Zane & Company) with his late partner, Arnie Zane. Mr. Jones is currently Artistic Director of New York Lives Arts, an organization that strives to create a robust framework in support of the nation’s dance and movement-based artists through new approaches to producing, presenting and educating. For more information visit www.newyorklivearts.org.

The Dance Lab’s spring 2019 project was undertaken in coordination with the Bill T. Jones/Arnie Zane Company, featuring a re-staging of Jones’s seminal work, D-Man in the Waters (1989), set to Felix Mendelssohn’s Octet in E Flat Major.

Bill T Jones is an artistic powerhouse known for his provocative, political, heart-filled dances that deploy formal postmodern experimentation to speak to urgent sociopolitical issues of our time. Jones received an honorary degree from Yale in 2009 and will return again in February 2019 to receive the James Robert Brudner Memorial Prize from LGBT Studies at Yale.

Marking resilience in the face of loss, D-Man in the Waters is one of the most significant works of art to come out of the era of AIDS. Against this historical backdrop, the choreography is thrillingly alive—offering a portrait of a community’s ability to survive. D-Man significantly raises the stakes of the question: Why do we dance? Current and former members of the Bill T. Jones/Arnie Zane Company will lead the reconstruction at Yale.

The Dance Lab 2019 culminated in two public performances at the Cooperative Arts and Humanities High School Theater on Saturday April 20th at 1 pm.

The initiative is sponsored by the Dance Studies curriculum/Theater Studies and Alliance for Dance at Yale with support from the Arts Discretionary Fund in Yale College.