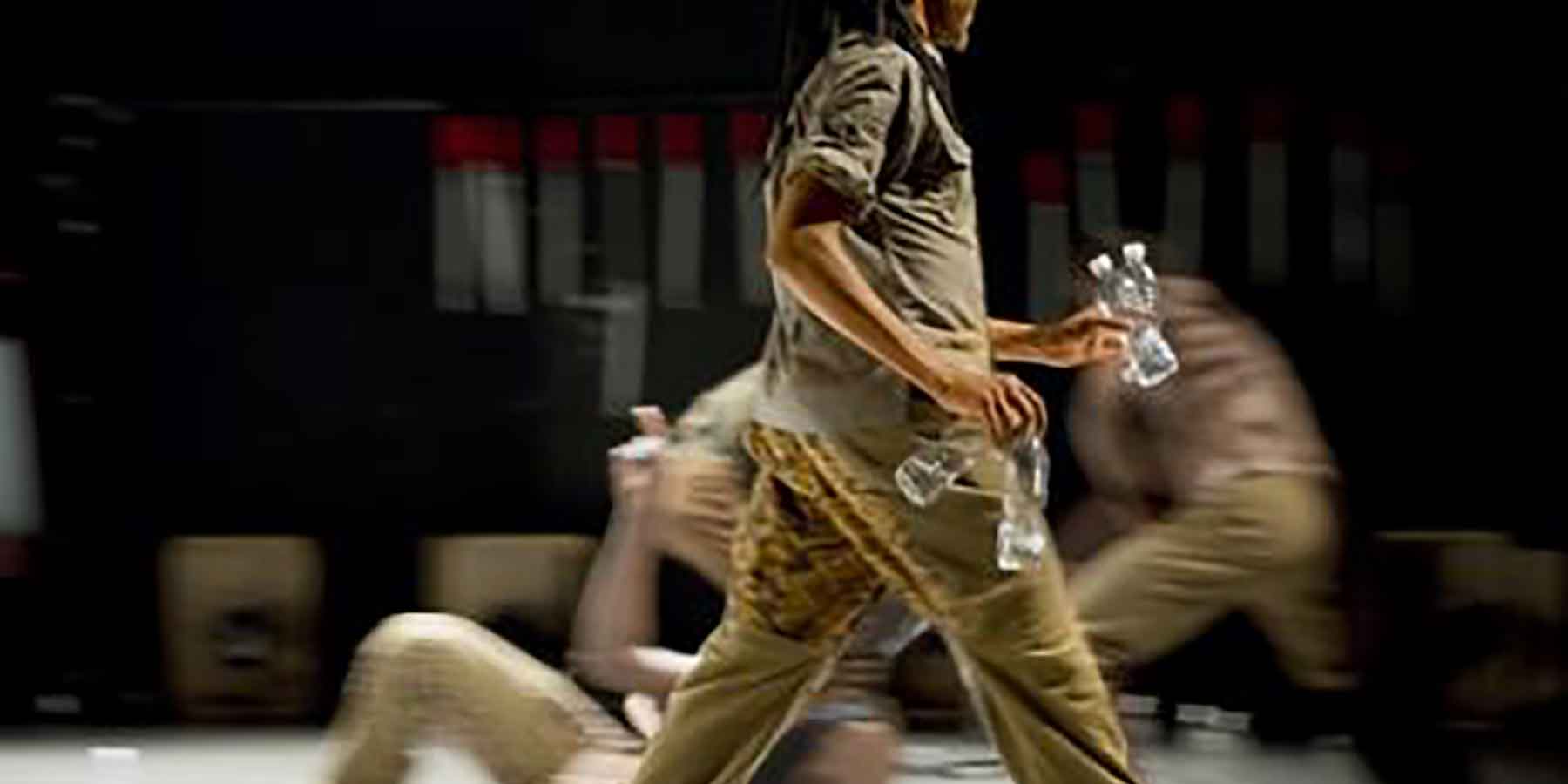 Akram Khan is one of the most acclaimed choreographers of his generation working in Britain today. Born in London into a family of Bangladeshi origin, he began dancing at seven and studied with the renowned kathak dancer and teacher Sri Pratap Pawar. Khan began presenting solo performances of his work in the late 1990s, maintaining his commitment to classical kathak as well as developing modern work. Khan is currently an Associate Artist of MC2: Grenoble and Sadler’s Wells, London in a special international co-operation.

Khan was awarded an MBE for services to dance in 2005. He is also an Honorary Graduate of Roehampton and De Montfort Universities, and an Honorary Fellow of Trinity Laban.

Reggie Wilson founded his company, Reggie Wilson/Fist & Heel Performance Group, in 1989.  He draws from the movement languages of the blues, slave and spiritual cultures of Africans in the Americas and combines them with post-modern elements and his own personal movement style to create what he calls “post-African/Neo-HooDoo Modern dances.”  His work has been presented nationally and internationally in the United States Europe, and Africa.

Wilson has traveled extensively: to the Mississippi Delta to research secular and religious aspects of life there; to Trinidad and Tobago to research the Spiritual Baptists and the Shangoists; and also to the Southern, Central, West and East of Africa to work with dance and performance groups as well as various religious communities. He is a graduate of New York University, Tisch School of the Arts (1988, Larry Rhodes, Chair).

Wilson was the recipient of the 2000-01 Minnesota Dance Alliance’s McKnight National Fellowship. Wilson is also a 2002 BESSIE-New York Dance and Performance Award recipient for his work The Tie-tongued Goat and the Lightning Bug Who Tried to Put Her Foot Down and a 2002 John Simon Guggenheim Fellow. Most recently, in recognition of his creative contributions to the field, Wilson was named a 2009 United States Artists Prudential Fellow and is also the 2009 recipient of the Herb Alpert Award in Dance. His evening-length work, The Good Dance – dakar/brooklyn had its world premiere at the Walker Art Center in November 2009 and NY premiere on the Brooklyn Academy of Music 2009 Next Wave Festival followed by a ten city US tour.

Carrying forward with the enthusiasm generated by Yale Dance Lab’s 2012 project on the legacy of Merce Cunningham, The Dance Lab’s spring 2013 project shifted our attention to cutting-edge contemporary dance artists working today. The project differed from past years by focusing on two artists, living on separate continents, both under the age of forty-five.

The two artists – Reggie Wilson and Akram Khan – share an interest in fusing contemporary and traditional dance forms, toward renewed cultural and political relevance. Based in Brooklyn, Reggie Wilson and his company Fist and Heel Performance Group synthesize American postmodern choreographic strategies with dances of the African diaspora. British Bangladeshi choreographer Akram Khan thinks cross-culturally, cross-disciplinarily, and transnationally through a movement style that fuses European contemporary dance with the classical Indian dance form khathak. Through their choreography, Khan and Wilson are redefining the meaning of “diaspora” in the 21st century.

The project occurred in two phases. From January through March, the Dance Lab worked with Reggie Wilson and the dancers of Fist and Heel Performance Group on choreographic excerpts from his twenty-year plus career, including material from his newest work, scheduled for a New York premiere in the Brooklyn Academy of Music’s Next Wave Festival in 2013. In April, two dancers from the Akram Khan Company — Eulalia Ayguade Farro of Spain and Young Jin Kim of South Korea — visited Yale for a three-week residency, during which they staged excerpts of Khan’s KAASH (2002), BAHOK (2008), and VERTICAL ROAD (2010). Both phases culminated in public lecture demonstrations.

In launching a study of artists working across national and cultural boundaries, Yale Dance Lab supports Yale’s mission to internationalize the university in all realms of campus and educational life.

Sponsored by the Arts Discretionary Fund in Yale College and the Lionel F. Conacher and Joan T. Dea Fund in cooperation with the dance studies curriculum, Theater Studies, and Alliance for Dance at Yale.