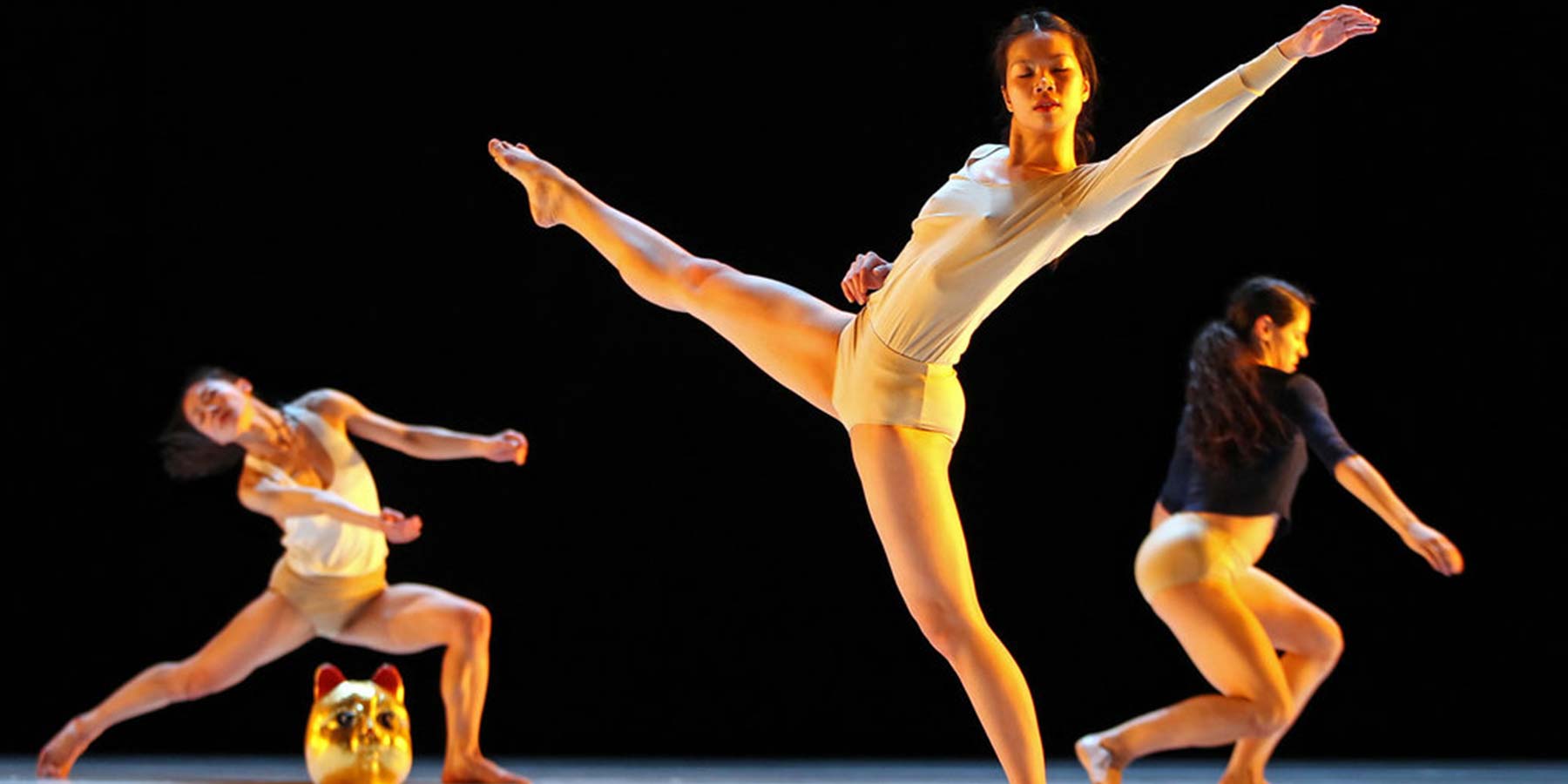 Saar Harari was born on a farm in Israel to an artistic family and danced until the age of 18.  At that age, he joined the Israeli Army and served as a commanding officer in the special forces for 6 years. At the age of 24, he left the Army and returned to the dance world, dancing with few israelis choreographers. After 2 years he created his first work as an independent choreographer for a dance festival at Suzann Dalal Center in Tel Aviv. In 2000, he established LeeSaar The Company with  Lee Sher. In February 2004, Saar moved to New York City with LeeSaar the Company and received an American green card for extraordinary achievement in the art of dance. A Six Point Fellow 2007-09, Guggenheim Fellow 2008, and NYFA Fellow 2008, Saar is a Gaga teacher and also manages the Gaga activities in the US.

Lee Sher began her acting career at the age of seven, performing on Israeli television.  At the age of 15, she was accepted to the High School of Arts in Tel Aviv.  Lee joined the Israeli Army at 18, and served in the parachuters unit.  Following her Army service, Lee studied at the three-year acting studio of Nisan Native in Tel Aviv. She received scholarships from the American-Israeli Foundation with excellence between the years 1998-2000. In 2000, Lee established LeeSaar The Company with Saar Harari. The Company received a scholarship from the Mosman Art Gallery in Sydney, Australia, where she wrote and directed the play, “Ester.”  The play was selected to open the spring season of the City Hall Theater of Tel Aviv and was performed there for two years. Lee moved to New York City with LeeSaar the Company, and received the American green card for extraordinary achievement in the performing arts. A NYFA fellow in choreography, Lee worked as physical director on the Miracle worker revival on Broadway. She is also a Gaga teacher.

Yale Dance Lab’s spring 2016 project investigated the creation of new work using Gaga as the language for the process. Led by artists Saar Harari and Lee Sher, the project culminated in an open rehearsal on April 2nd and a public performance on April 3rd at the Yale University Art Gallery.

Developed over many years by choreographer Ohad Naharin, Gaga has become highly influential in international contemporary dance and performance. Gaga “…deepens dancers’ awareness of physical sensations, expands their palette of available movement options, enhances their ability to modulate their energy and engage their explosive power, and enriches their movement quality with a wide range of textures.”[1]

Lindsey Bauer is a dancer artist, teacher and choreographer. She is a co-founder and Programming Director of Elm City Dance Collective, a non-profit dance organization in New Haven.  Lindsey is also a member of the dance department faculty at Cooperative Arts and Humanities High School.

Kellie Lynch is the Artistic Director and co-founder of Elm City Dance Collective in New Haven and has been choreographing, teaching and developing a vision for the organization since it’s inception in 2008. She is a New Haven-based dancer who has been dancing and touring nationally with Adele Myers and Dancers since 2008 and Doug Elkins Choreography, Etc. since 2010. With both companies, she has toured across the US and abroad, making stops at venues such as American Dance Festival, Jacob’s Pillow, The Joyce Theater, WhiteBird Dance, Bates Dance Festival and many more. Kellie has received artist fellowships in choreography from the Massachusetts Cultural Council and the Connecticut Commission on Culture and Tourism, and her work has been commissioned, produced and performed throughout New England. In the last several years, she has received recognition awards from the Arts Council of Greater New Haven, Rhode Island College, Smith College and Bates Dance Festival. In addition to performing and making work, Kellie also teaches dance and has served on the faculty of Smith College, Mount Holyoke College, Springfield College, Connecticut College and Wesleyan University. Kellie holds a Bachelor of Arts in dance performance from Rhode Island College and a Master of Fine Arts in dance performance and choreography from Smith College. When Kellie is not dancing, she can be found teaching Pilates at Aldrich Pilates in downtown, New Haven.

Samantha B. Russell attended Purchase College, State University of New York as a undergraduate student of their dance conservatory program (‘07-‘08) and continued her education at Appalachian State University (’08-’11) where she obtained a Bachelors of Fine Art in Dance Studies and a Bachelors of Science in Technical Photography. During her final year at Appalachian State Samantha became a certified, third generation, Classical Pilates instructor and now teaches at Aldrich Pilates in New Haven, CT.  Samantha is a founding member of the non-profit Defero Dance Collective, located in the Raleigh-Durham area of North Carolina with whom she still performs with today.  She has been dancing with the local non-profit Elm City Dance Collective (ECDC) since her move to New Haven in June of 2014.  Samantha has taught for Yale’s dance company A Different Drum (three semesters) and is currently teaching community dance classes for Elm City Dance Collective.  She is in the midst of completing her Gyrokinesis Level 1 certification which she plans to complete Summer of 2016.

Millie VandenBroek has performed with ECDC since 2008. Prior to that she danced with BosmaDance in Washington DC and also holds two certifications in yoga instruction. When not dancing or spending time with her husband and two young sons, Millie is the Howard Udell Fellow at the Connecticut Veterans Legal Center, where she represents low-income Veterans in their disability rights matters. Millie did not start dancing seriously until after becoming a lawyer, when she found that each made her better at the other, and dancing made her happier in all things. Millie is a resident of New Haven and loves this awesome small city.