The Choreography of Trisha Brown 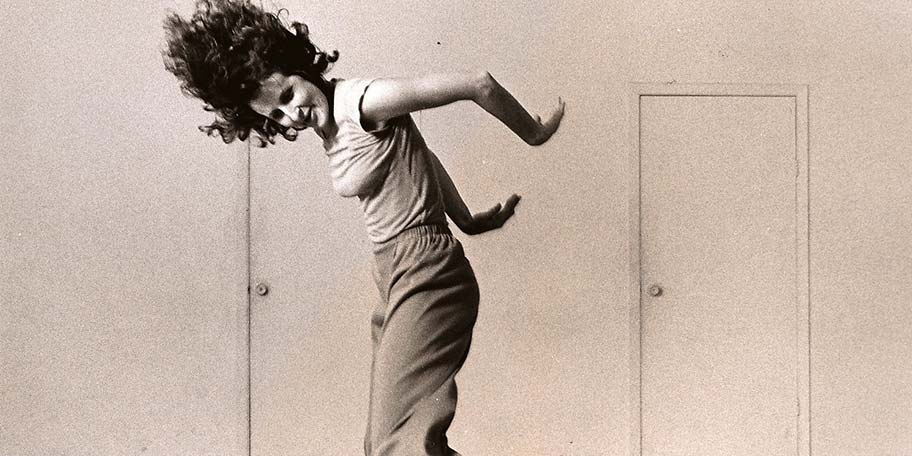 The Choreography of Trisha Brown

Yale Dance Lab focused its spring of 2014 project on the groundbreaking choreography of Trisha Brown.

After emerging in the early 1960s through the collective Judson Dance Theater, Brown moved away from collaborative work to craft a movement style entirely her own. Her choreography circa 1960-2012 charts vivid mental, emotional, and physical images–movement scores that draw on expansive sources, from science, music, literature, and the visual arts to kinesthetic images generated by the body’s own conscious and unconscious thought. From the intimate quality inherent to her style to her innovative compositional methods and performance contexts, Trisha Brown’s choreography has altered our understanding of what dance and performance can be.

Two repertory selections anchored our research: NEWARK (1987), a piece Brown developed in collaboration with artist Donald Judd, and a selection from her EARLY WORKS (1973-74).

After graduating from Mills College in Oakland, California, studying with Anna Halprin and teaching at Reed College in Portland, Oregon, Trisha Brown moved to New York City in 1961. Instantly immersed in what was to become the post-modern phenomena of Judson Dance Theater, her movement investigations found the extraordinary in the everyday and challenged existing perceptions of what constitutes performance. In this “hot-bed of dance revolution”, Brown, along with like-minded artists, pushed the limits of choreography thereby changing modern dance forever.

Trisha Brown has created over 100 dance works since 1961, and was the first woman choreographer to receive the coveted MacArthur Foundation Fellowship “Genius Award.” She has been awarded many other honors including five fellowships from the National Endowment for the Arts, two John Simon Guggenheim Fellowships, Brandeis University’s Creative Arts Medal in Dance, and she has been named a Veuve Cliquot Grand Dame. In 1988, Brown was named Chevalier dans l’Ordre des Arts et Lettres by the government of France. In January 2000, she was promoted to Officier and in 2004, she was again elevated, this time to the level of Commandeur. She was a 1994 recipient of the Samuel H. Scripps American Dance Festival Award and, at the invitation of President Bill Clinton, served on the National Council on the Arts from 1994 to 1997. In 1999, Brown received the New York State Governor’s Arts Award and, in 2003, was honored with the National Medal of Arts. In 2011, Brown was honored with the prestigious Dorothy and Lillian Gish Prize for making an “outstanding contribution to the beauty of the world and to mankind’s enjoyment and understanding of life.”

Iréne Hultman was born in Sweden and is now based in New York City. From 1983-1988, Hultman was a member of the Trisha Brown Dance Company where she also worked as rehearsal director 2006-2009. She was the Artistic Director of Iréne Hultman Dance 1988 – 2001, touring nationally and internationally. She has choreographed  several opera productions and received a number of choreographic commissions. Ms. Hultman is a recipient of a Guggenheim Fellowship Award in Choreography and a Foundation for Contemporary Performance Award amongst others. Hultman is the co-founder of Järna-Brooklyn, a Swedish-American cultural entity that encourages artistic experimentation and a founding member of the multi-media collective “Fire Work” in Stockholm.